This July 4th, Thoughts on Our Nation’s Evolution…and Innovativeness

As this Independence Day nears, I’ve been thinking about how it all began and the many ways we have evolved as a nation.  Imagining my way back to the birth of the nation, I wondered what the first census might have been like.

The first Census Day was August 2, 1790, just a year after the inauguration of George Washington. The president was in fact the prime mover behind the census, ably assisted by none other than Thomas Jefferson.

The first census began more than a year after the inauguration of President Washington and shortly before the second session of the first Congress ended. Congress assigned responsibility for the 1790 census to the marshals of the U.S. judicial districts under an act which, with minor modifications and extensions, governed census taking through 1840. The law required that every household be visited, that completed census schedules be posted in “two of the most public places within [each jurisdiction], there to remain for the inspection of all concerned…”, and that “the aggregate amount of each description of persons” for every district be transmitted to the president.

Under the general direction of Secretary of State Jefferson, marshals took the census in the original 13 states, plus the districts of Kentucky, Maine, and Vermont, and the Southwest Territory (Tennessee). The process called for the name of the head of the family and the number of persons in each household.

Washington and Jefferson expressed skepticism over the final count, expecting a number that exceeded the 3.9 million inhabitants counted in the census!

Scrolling through the next 100 years of census enumerations, I was struck by the 1890 census and the unique technology that was utilized to compile and help provide insights into how the nation had evolved over the most recent decade.

In 1890, the effort became more complex and stratified. The census employed 175 supervisors, with one or more appointed to each state or territory. Subdivisions assigned to a single enumerator were not to exceed 4,000 inhabitants. In cities designated by 1880 census results to have populations under 10,000, the enumeration was to be completed within two weeks via a personal visit to each dwelling and family. 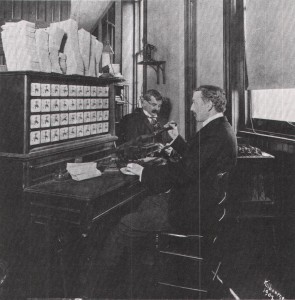 The 1890 census was the first to utilize an electric tabulating system, invented by former Census Office employee Herman Hollerith. His machine required census data to be transferred to hole-punched cards. Cards were then run through Hollerith’s electronic machine to cross-tabulate the data base.

We were amazed by the insightful modifications in the 1890 census structure, its implementation and its breakthrough data processing innovations. Updates in census implementation and Hollerith’s adaptive inventiveness were truly a result of “out of the box” thinking. How different, if at all, than the type of thinking in vogue today?

It occurs to us that the nature of our quests may have changed but the need for “out of the box” thinking and resourcefulness endures.

A WONDERFUL, SAFE JULY 4TH TO ALL! 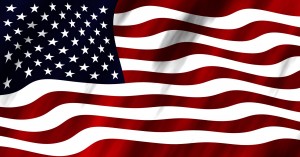