That’s a Lot of Pencils!

Back to School (BTS) for me is epitomized in the classic Staples commercial. In this ad, the father joyously dances through Staples, completing his back-to-school shopping, followed reluctantly by his glum children. The ad features the song “It’s the Most Wonderful Time of the Year!” 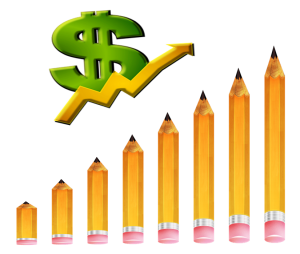 No matter which side of the shopping cart you are on, BTS is without a doubt big business. This year, BTS spending will reach $75.8 billion, an 11% increase over last year, and mostly in clothes, technology, and school supplies.

Additionally, according to a study by the National Retail Federation, consumers started BTS shopping earlier than last year and (as of August 18) are only half-done, which is consistent with other research finding the peak BTS shopping days in late August. Parents expect peak purchase of technology to occur in July, late July for school supplies, late in August for clothing, and in September for other electronic devices.

But as the Staples’ ad aptly demonstrates, BTS shopping is a family activity. Parents who shop with their kids are more likely to have younger kids. Parents who shop with older children are more likely to use coupons and look for savings on everything they need (perhaps as a result of longer supplies lists). Just over half of parents see back-to-school shopping as an opportunity to teach their children about the value of saving money, while just over one-third teach them how to search for coupons and deals.

The start of the school year is a big positive for U.S. businesses. The days when a box of crayons and some pencils were sufficient for the entire school year are long gone – to retailers’ benefit and delight!