It seems to happen every Fall: a Pumpkin Spice Craze. Lattes, scones, cookies, ice cream, soft drinks, tea, pies, cakes – if it’s edible or drinkable, it’s pumpkin spice. And from Pumpkin Spice Season, we move into the holidays with eggnog or peppermint taking pumpkin’s place in our food choices.

But are food trends really that predictable? The nature of food trends is that they move quite slowly through American society. They start in the food industry, of course, in restaurants and the food media, becoming popular first in larger cities, and then slowly evolving to becoming a part of the mainstream American’s diet. 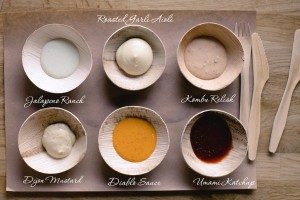 What are the food trends we should be looking for in 2017? Well, there are a lot – 81 to be exact. Eater.com collected the 2017 food trends into one handy, comprehensive reference here. And what’s interesting is that many of these won’t just be showing up on plates, but also in beverages, according to Suzy Badaracco, president of Culinary Tides, in Food Business News.

We can’t review all 81 foods, but let’s look at some of the flavors (covering a group of foods) that seem to pop up on just about everyone’s list of 2017 Trends:

So, what does this all mean for marketers, especially if food trends move slowly from origination to the family dinner table?  Not only do marketers need to keep abreast of trends through the media, but they should also be in constant touch with their consumers to understand what new foods/flavors are being tried and used both inside and outside of the home. When marketers see a new flavor gaining traction, they can use that information to develop and then conceptually test new flavors for their products. They can also put out ‘feelers’ for new food or flavor uptake by making recipe suggestions through social media and seeing how they float. Brand users could also be asked how they are integrating new flavors/ingredients into the category.

Think Sriracha sauce. Trendsetting chef David Chang put it on the menu at his acclaimed New York restaurant Momofuku Noodle Bar; other restaurants soon followed suit. Next thing you know, Sriracha is sweeping the country both as a condiment for sale at the grocery store and on the menus at regional and national sandwich and restaurant chains.

Food trends may not be predictable or successful… Anyone remember the fat replacement ingredient Olestra? Or how about clear colas? While there is no such thing as a sure bet, investing the time to scour the landscape for early ideas followed by thorough consumer testing are surefire ways to increase any marketer’s odds of success!