The Hills Are Alive With the Sound Of Data 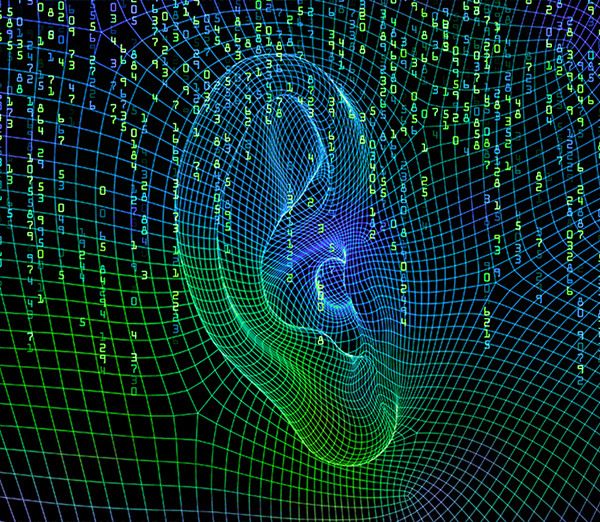 Over the last few years, a considerable amount of interest has been paid to data visualization. Courses and tutorials abound, helping researchers to use visual languages to present their findings in ways that are engaging, intelligible and meaningful.

This makes sense as the amount of data and the kinds of data we need to process is growing at an extraordinary rate, and the time we have to grasp what it means and act upon it effectively is diminishing just as quickly.

To address this challenge, data analysts are going beyond tried-and-true charts and graphs to create a host of new visual forms that embody the meaning within the data. Along with data visualization, another method is gaining traction, i.e., data sonification.

What Is Data Sonification?

A primitive example we’re all familiar with is the ticking of a clock, which sonically represents temporal data as it streams by. Or the ringing of its alarm, which draws attention to a particular point within that stream.

But data sonification is now being used in a variety of ways, some quite sophisticated. Examples include monitoring large data systems, diagnosing medical conditions, understanding the ozone layer, mapping the movement of fish, even creating music from the data generated by an epileptic seizure.

The Advantages of Data Sonification

Resolution:  In certain cases, the human ear can be more sensitive than our eyes in perceiving subtle fluctuations or anomalies within a data set. Research is already underway in using sonic techniques to interpret medical scan data and to use it in conjunction with PET scanners, CT scanners and MRIs.

Pattern Recognition:  Here, too, our auditory faculties can be more helpful than our visual, especially when layering a number of data sets. With sonification, we can create a number of musical “voices,” so to speak, each one containing a particular set. When “played” together we can spot patterns and shapes that might be hidden in a visual representation.

Real-Time Monitoring:  By its very nature, sonified data moves through time. This can be enormously helpful in understanding and keeping track of large-scale systems in which data, or multiple streams of data, are being generated continuously. And as with the alarm clock example above, the signification can be programmed to generate alerts of various timbres and intensities when the data reaches specific thresholds.

Multitasking:  Since sound is ambient, we can perform other tasks while a sonified data stream plays in the background. This can be helpful for anyone from social media managers to those monitoring public utilities.

Art:  We can sonify data generated from deep space, the bottom of the ocean, the movement of the clouds, just about anything. By mapping musical pitches, timbres, amplitudes and rhythms to various parameters within the data, one can create engaging soundscapes that are not only beautiful, but offer us a visceral understand of the world previously unavailable.

Only time will tell whether data sonification becomes a useful tool for market researchers. In some cases, it may seem redundant, adding little of value to traditional visual techniques. For example, consider a chart in which the data moves up to a high point and then down again. We could sonify this movement by raising the pitch of a musical note and then lowering it. But it is questionable what value it would add to the story.

On the other hand, when we have large, dense and complex data sets, or we wish to understand the relationship between multiple sets, sonification could be of real use in helping to reveal nuances and regularities that might have gone unnoticed employing traditional methods.

In any event, data sonification is sure to be part of our future. Keep your ears open.