Want A Seat At The Table? Tell A Story. 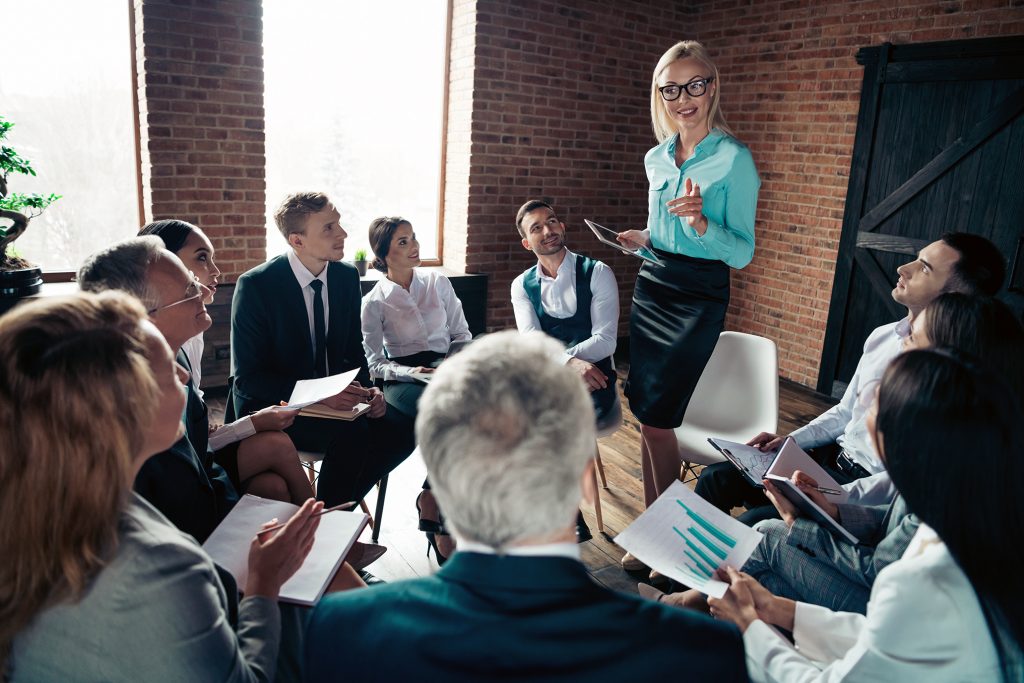 There’s been considerable discussion in recent years about the degree to which the corporate market researcher has a “seat at the table”. Some (about 20%, based on a BCG study) have achieved it to some degree, which deserves a hearty congratulations! But many more are still working on it, sometimes feeling frustrated that they don’t enjoy the status and influence of those, for example, in marketing. And sadly, there is a contingent that, while quietly worried that their function is becoming increasingly irrelevant, is seemingly content with the status quo.

This post is for those who would like more influence and who desire a seat at the table. Becoming a better storytelling can help you. But, in a very different way than what you’re probably thinking. What do we mean by that and how, then, can it help? Let’s first explore what we mean by a story.

What Is A Story?

We’ve written about this at length, given presentations on storytelling at numerous conferences, offer onsite workshops and even in an online storytelling course for market researchers.

Storytelling is a big topic, and what actually constitutes a story can be a tricky question, but for our purposes in market research it can be reduced to the following.

A Story Is Something Built Around A Unifying Idea

A story is not a collection of insights, but rather an assertion or argument supported by insights. When you’re telling a story, you’re making a case. A story cannot be comprised of a bunch of “on this hand… and on the other hand”, nor can it be based on phrases like “it appears”, “it seems”, or “it depends”.  And while it might be helpful to someone who is building a story, “the top 5 things you need to know” is not a story.

How Storytelling Can Boost Your Influence

By making a case, you’re elevating the work of market researchers from that of accumulating and organizing data to that of interpreting data. You’re turning data into something meaningful, something that can be communicated simply and acted upon effectively.

Having a seat at the table means being involved in discussions about action. It means offering a point-of-view. It means taking a stand.

Telling A Story Has Its Risks

Without doubt, having a clear point-of-view can be risky. Your colleagues might disagree with your assertion. This might lead to some heated discussion.

On top of that, some organizations may see research as a back-office function. Marketing departments may feel it’s not your job to make sense of the data: “Just give us the facts…and leave the thinking to us.”

On the other hand, there are many CMOs and other C-Suite occupants who are hungry for it. In the current business environment, they are under enormous pressure to make decisions at lightning speed. They’ll appreciate help wherever they can get it.

And once they see that market researchers can provide it, they’ll ask for more, and your level of influence will rise.

But Not Telling A Story Has Greater Risks

Storytelling may entail risks, yet limiting your role to that of a data provider rather than a data-based storyteller, also means you’re putting yourself out on a limb.

In this scenario you’re simply offering up data as a commodity. You’re a number-cruncher. And as we all know, digital technologies are increasingly able to crunch numbers faster and cheaper than you. Fact is over the long-term your true value lies not in the numbers but in understanding what they mean. Your ultimate economic worth is in your human judgement.

Indeed, computers may be able to collect and organize data, and recognize patterns. But only people can decide what those patterns might or might not mean, and how they can be put to use.

More Power To You

The case for storytelling is perhaps best summed up by this quote from Andrea Jones-Rooy, professor of data science at NYU: “Data doesn’t say anything. Humans say things.”

And having a seat at the table literally means having the chance to say things to your colleagues, to engage in substantive discussion about the direction your business should take.

Granted, crafting an effective story is not easy. Uncovering a Unifying Idea can be intellectually challenging. Building the right structure to support that idea is also problematic. Moreover, it can all take a bit of time, something none of us has in great supply.

The good news is that, in many cases, an hour or so of quality time can break the ice and get your story underway. And if you approach your projects with storytelling in mind from the very beginning, it will be far quicker and easier to tell the story in the end.

Better yet, storytelling can be learned. As we said up top, we offer a myriad of ways to learn the basics or improve your skills.

In any event, once you decide to become a market research storyteller and get a little practice at it, you’ll find your influence growing almost immediately.

So we encourage you to learn what you can, turn data into meaning, and confidently take your seat at the table.