When It Comes To Persuasion, We Agree with Aristotle. (Kinda, sorta.) 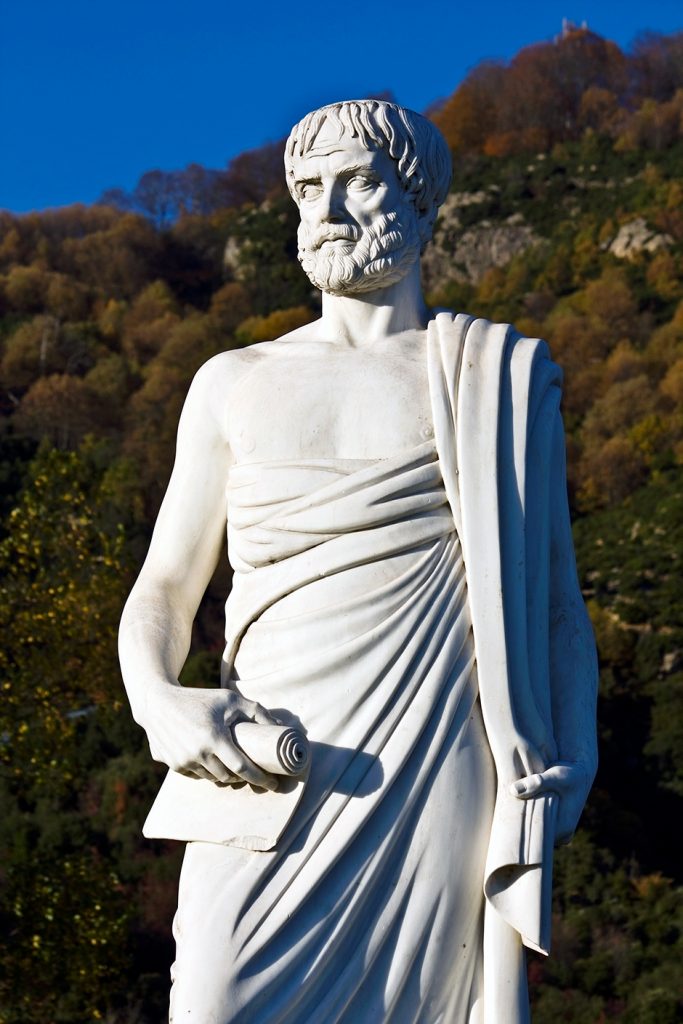 Over the last few years we’ve been putting a lot of emphasis on the persuasive power of storytelling, working with professionals in the advertising and communications spaces moving into video reports, podcasts and other new presentation forms, and even offering an online course on storytelling for market researchers.

So we took notice of a recent article in the Harvard Business Review discussing the art of persuasion, written by Carmine Gallo, an author and instructor at Harvard’s Graduate School of Design.

Gallo asserts that the art of persuasion (and, by extension, storytelling) is a fundamental, if not the fundamental, business skill of the 21st century. And to master that skill, the rhetorical principles outlined by Aristotle are as relevant today as they were over 2,000 years ago.

We thought it might be useful to analyze Gallo’s claim to see if it aligns with the way we’re now thinking.

There’s No Arguing with the Obvious

It’s hard to take issue with anything Aristotle recommends. Does one need to be trusted to be believed? Well…duh. Is logic useful? Are people swayed by emotion? Do they understand the world through metaphors? Should arguments be short and sweet?

Truisms like these are the staple of scores of articles and books about rhetoric and storytelling. Not that there’s anything wrong with them. To the contrary, they’re cliché because they’re absolutely true.

Problem is, they’re just not all that helpful in many real-world situations, especially those facing market researchers.

Aristotle’s Rules Are Necessary, But Not Sufficient.
(And In Some Cases, Not Even Necessary.)

Aristotle’s principles are a great starting point, but only that. There are other factors in creating a persuasive market research story, namely organizing your report around a Unifying Idea and structuring your story in a way that supports that idea. We’ll explain a little more about that in a minute, but let’s first address the fact that some of Aristotle’s rules are not essential to effective persuasion.

Consider his claim that you need to make an emotional appeal. In some cases emotion is not only helpful, but essential; in a study, for example, which suggests that a brand carve out a certain emotional space within the marketplace.

But there are also situations where all that matters is the data, properly structured to support a totally rational assertion or recommendation.

Likewise, the use of metaphor can be very powerful when introducing a difficult new idea. Metaphors can also be used to unify a number of research findings within a single conceptual umbrella. But there are also market research reports that are not about new ideas, or have no need to synthesize disparate findings, in which case the use of metaphor might not only be unnecessary, but confusing.

To further illustrate the point: Gallo himself ignores a number of Aristotle’s principles in his own article. There’s little explicit emotional appeal in his essay (unless one views his claim that persuasion is critical to success as an invocation of hope or fear, or both). And rather than use data to support the claim of Aristotle’s continued relevance, Gallo simply makes an Argument From Authority.

This is not to delegitimize his essay which we found, broadly speaking, persuasive, but rather to show that Aristotle’s advice must be understood and employed within the context of a particular piece of communication, with its own constraints and objectives.

But One Principle Stands Out: Brevity

Among the 5 principles of persuasion, the one we find most relevant (and least obvious, relatively speaking) is brevity. Which brings us back to the importance of having a Unifying Idea and structuring your story to support that idea. That’s what a makes a presentation, in any medium, most persuasive.

It’s really a question of editing, of knowing what your fundamental assertion is, being able to express it in a simple sentence, and then editing out anything in your story that doesn’t bolster that message.

In our view, this is what Aristotle means by brevity. And Gallo himself uses the principle effectively. There’s a Unifying Idea, namely, that Aristotle’s principles are as relevant today as they were 2,000 years ago. Everything else in the article is there to support it.

To Sum Up: Use Your Aristotle Wisely

There’s always the temptation to rely on a group of rules, or a system, to do our thinking for us. Aristotle’s principles of persuasion are no exception.

They do provide us with a general framework, a starting point, for creating stories that are meant to persuade. Each of the principles, in itself, has real value.

But they need to be approached critically, keeping in mind the real-world context in which you are operating.

That’s the best way to keep relevant the wisdom of the ancient Greek master.